In an age where divorce is rife and where Christian marriages should have been the standard, we find the the reverse is the case. But in the middle of this malaise, there are exceptions; In this post, I share Victor and May Victor marriage testimony and experience. We would listen to their story through Victor C. Victor. 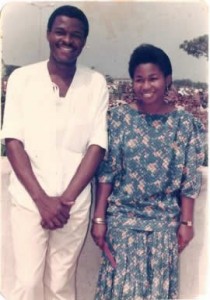 Victor and May met in a college gathering during Victor’s sophomore year in college. May had just arrived in college as a freshman and the event was organized to welcome the freshmen into the University. It was not love at first sight but we definitely knew we enjoyed the time we spent together that afternoon. I was quite fascinated by May’s upbringing and Christian perspective to life.

May had been a Christian since she was 14 and was quite matured as a Christian for her age. I was a not born again but was undertaking a deep search for the truth. That search had led me through a study of some far eastern religions. It was a combination of this hunger for the truth and fascination for the Christian doctrine that formed the bases for the friendship that led to marriage.

May invited me to worship with at the Christian Fellowship where she worshipped in the college campus. I accepted the invitation and later on accepted the Lord as my Savior. We remained active in the fellowship throughout our college days and found tremendous support from the group. Some of our most intimate friendships we still have now were made in that fellowship. We finally tied the knot on January 6, 1990.

The first two years of our marriage was a reality shock because of several wrong assumptions about marriage and us.”

First we assumed that our love for each other could withstand any storm in marriage. How wrong we were! Second, we assumed that we knew pretty much everything about each other. While in college and law school we were blessed to be around each other almost every day, attended the same Christian fellowship, listened to the teachings and doctrines, and interacted with the same circle of friends.

No need to say that we were unpleasantly surprised by the depth of our differences after our marriage. Of course our love for each other alone could not withstand the conflicts that soon engulfed us. Suddenly it seemed as if we disagreed on everything but agreement itself. It was like the values and principles we had acquired over the years were erased for this default idea that was incompatible with the very essence of us.

Those first two years of our marriage were the most challenging times. Through it all we found our compass and went back to the scriptural principles and values that we learned during our courtship. We were blessed by great mentors who took us under their wings. We received some nuggets of wisdom that were liberating and continue to guide us as a couple. We were also blessed with peer support. We had friends from our college days who got marriage within months of us and live in the same city. We met almost every month to fellowship, pray and encourage each other. Those two support systems were priceless. 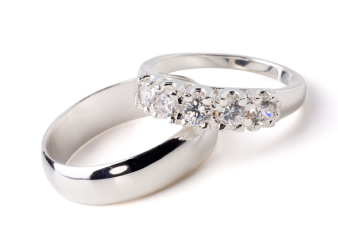 Our marriage is great so far but our goal is to leverage our union to be the best that we can be for God. If we had to do it again, we will still ‘do’ it  the same way.”

We both wish we had a better understanding of the lifetime commitment of marriage. Although we made the right choice and were advised that it was “until death do us path”, we never really looked that far. It was only a few years ago that we both fully comprehended it.

My advice to the singles is: make sure you understand the seriousness of marriage and then find ‘your’ wife and not ‘a’ wife. To the newly weds; never compromise your standards to world’s standard of marriage. We are in the world, but we are not of the world. Take advantage of the power of ONE. To the older couples; never take each other for granted.

After TWENTY years can you still have a blissful marriage? Yes you can!

You can reach us at
Email: twogetherforeva@yahoo.com
Blog: www.two-getherforever.blogspot.com
Follow us on Twitter: http://twitter.com/Twogether4ever
Join us on Face book at: Twogether For Ever Marriage Group

Previous Article
Power Over Lust of The Flesh
Next Article
The Knock Out!