In my opinion, The Bible – yes that common Bible with her 66 books is the BEST book in the World. Others may have a different opinion about this matter, but for me, considering my experiences and what I have seen others experience, too. No other book stands close!

1. The Uniqueness of its Composition
The Bible is comprised of 66 separate books, and it was written over a period of at least 1.500 years by more than 40 authors who for the most part didn’t know each other personally.

The authors of the Bible wrote in completely different geographic environments and under different circumstances (for example Moses – in the desert; Jeremiah – in a prison; David – in the mountains and in his palace; Paul – in prison; Luke – during his journeys; John – during his exile on Patmos).

The Bible was composed on three different continents (Asia, Africa and Europe) and in three languages (Hebrew, Aramaic and Greek).

2. The Uniqueness of its Thematic Unity
Unity in its objective: Although the Bible was written by about 40 different authors during a period of at least 1.500 years and although these writers lived on three different continents and belonged to various cultures, the Bible has a unifying objective. The main theme is to give answers to these basic questions:

Unity in its contents: The whole book is about one central figure – Jesus Christ. Basically, the complete Old Testament points to this Person, be it through metaphors or be it through direct prophecies. The New Testament shows us the fulfillment of these prophecies and the meaning and the consequences of the coming of Christ.

3. The Uniqueness of its Relevance
Although the Bible is already many centuries old, it is still read regularly and with great interest by very many people.

The Bible is a book that has been relevant in every epoch of world history – whether in times of war or peace, in the Dark Ages or in our modern technological age. Millions of people have found nourishment, help, and encouragement in this book.

The Bible is the only book in the world that is read by people from all walks of life and from every age group. 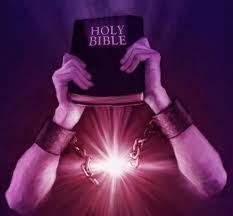 The Truth will set YOU Free!

4. The Uniqueness of its Circulation
The Bible is one of the first books that have ever been translated. About 250 B.C. the Old Testament was translated into the Greek language (the Septuagint).

The Bible was the first major book that was printed – in form of the Latin Vulgate on Gutenberg’s press.

It is the most-translated and most-spread book in the world (in 2002, the Bible had been translated into 2287 languages: the complete Bible into 392 languages, the New Testament into 1012 languages and single books of the Bible into 883 languages), with a still increasing tendency.

5. The Uniqueness of its Survival
It has survived time: Although the Bible was written on perishable material and therefore had to be copied by hand for many centuries until the art of printing had been invented, neither its accuracy nor its existence has suffered.

It has survived persecution: The Bible has withstood the most malicious onslaughts of its enemies like no other book. For centuries people have tried to burn, ban, and outlaw the Bible.

It has survived criticism: An army of rationalists arose who thought up the wildest and most intense attacks against the Bible. But nevertheless, the Bible has been distributed more, read more and cherished more than any other book.

A long literary stream of books inspired by the Bible testifies to the influence of the Bible on the world literature.

7. The Uniqueness of its Moral Character
The absolute unique moral character of this book forces man to make a choice, a decision. It seems that nobody can remain untouched or neutral in the presence of the Bible.

For that reason is the Bible not only the most-sold, most-spread, most-translated and most-read, but also the most-hated book in the world.

But it is just as much the most-cherished book in the world. Other books may represent certain ideals. But practice proves the impossibility of lifting fallen man up to the level of these ideals, because the power is missing that only the Bible seems to possess. The Bible brings the impossible about by bringing us into contact with Jesus Christ who does not “repair” fallen man, but who has died for them. And fallen man has died in and with Christ, and has become a completely new human being, a new creature in the risen Christ. Scripture tells us that everybody, who truly has accepted Christ in faith, can rest in this assurance. – The biblical answer to the moral problem of the modern man is a personal, spiritual new birth, an actual inner change – not the conversion to a system, but to a Person, and the sincere, believing trust in the risen Lord Jesus Christ.

8. The Uniqueness Of Its Accuracy
The Bible itself tells us how it was written: “All Scripture is inspired by God” (2 Timothy 3:16). Men “moved by the Holy Spirit spoke from God” (2 Peter 1:21). The Greek word for inspired, theopneustos, means “God-breathed.” The Holy Spirit carried men along, moving and guiding them as they wrote in their own words what God wanted them to say. Thus we have verbal inspiration, because the words of the original text were inspired by God.

Many indicators for the accuracy of the Bible can be found in the fields of science, such as astronomy, physics, medicine, or biology. You will find many examples to support this statement if you follow this link: Scientific Evidence for the Accuracy of the Bible

No historic fact in the Bible ever has been shown to be in error. For more information on this claim, please visit the following link: Historical Evidence for the Accuracy of the Bible

One of the strongest objective evidences of biblical inspiration is the phenomenon of fulfilled prophecy. The Bible is essentially unique among the religious books of mankind in this respect. – Prophetical Evidence for the Accuracy of the Bible.

The Truth will set YOU Free!

In summary:
1. Written over a 1,500 year span;
2. Written over 40 generations;
3. Written by more than 40 authors, from every walk of life-including kings, peasants, philosophers, fishermen, poets, statesmen, scholars, etc.:
Moses, a political leader, trained in the universities of Egypt
Amos, a herdsman
Joshua, a military general
Nehemiah, a cup-bearer
Daniel, a prime minister
Luke, a doctor
Solomon, a king
Matthew, a tax collector
Paul, a rabbi
4. Written in different places:
Moses in the wilderness
Jeremiah in a dungeon
Daniel on a hillside and in a palace
Paul inside prison walls
Luke while traveling
John on the isle of Patmos
Others in the rigors of military campaign
5. Written at different times:
David in times of war
Solomon in times of peace
6. Written during different moods:
Some writing from the heights of joy and others from the depths of sorrow and despair
7. Written on three continents:
Asia, Africa, and Europe
8. Written in three languages:
Hebrew, the language of the Old Testament
Aramaic, the “common language” of the Near East until the time of Alexander the Great
Greek, the New Testament language (the international language at the time of Christ
9. Finally, its subject matter includes hundreds of controversial topics. Yet, the biblical
authors spoke with harmony and continuity from Genesis to Revelation. There is one
unfolding story: “God’s Redemption of Man.”
10. Centrality of theme is Christ [Addition mine]