We will definitely be surprised when we pass across the galaxies into the very Presence of God. Yes, we will!

Earlier today, 30th of April 2010, I was busy working at my desk, but listening on “the definitive greatest hits” of Andrae Crouch at the background. After listening to all the tracks on the 3-CD pack, I felt something was still missing – a track I heard him sing at a Billy Graham Crusade video I watched long time ago. The problem was that I just couldn’t remember which track it was. Since my work was on the Internet, I decided to take a few minutes and make a search.

I just typed, Andrae Crouch, and Google threw this suggestion at my face: “andrae crouch michael Jackson”. That looks interesting I mused. I have a special place in my heart for both of these people, so I clicked to see, it won’t cost me any extra. The result (below) was unexpected. 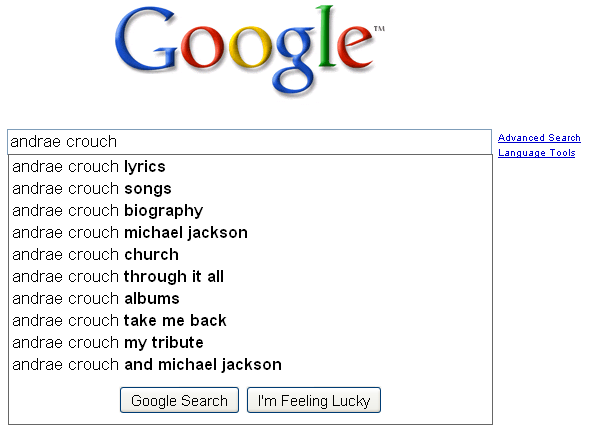 One by one, I read through what was thrown before me. The Internet was a thick amazon for rubbish information, I should know because I have spent the last decade working within the industry. Then, I began to read the different stories, gleaning them for the truth. Yes, I knew that out of a thousand words, the truth may just be ten words. I began to put the pieces in the jigsaw together, which fit perfectly with the puzzle that God had given me earlier in February 2009, and I found the truth!

What is the truth about Michael Jackson?
Turn back the time – to February 08 2009. I had a vision in which I was watching what looked like global “breaking news”. In it was being broadcast that Michael Jackson was dead. It was all over the world, and it was distressing for people around the world. Then I woke up from the vision. I knew God had spoken and it was real.

Later at the church that day, I called a trusted friend, Pedro (now of Sheringham Avenue Church in north London) and told him what the Lord had revealed to me. So, I suggested that we make a prayer of agreement for Michael, and we did. In fact let me reveal my diary entry of the vision:

I had a seemingly very strange dream today: Michael Jackson is dead! There was a shock everywhere. I saw everyone hearing the news surprised and shocked that the man was dead. I told Pedro after the church service and we prayed for his salvation; that same day I showed Pedro my old diary entry of what God showed me about the 7/7 terrorist bombing in London a year before it happened. This (MJ’s) will happen and shock everyone.

The whole thing lingered in my mind for a few days, during that period, the Metro newspaper reported that Michael had a bug that he was using an antibiotic for, initially, I thought could this be the beginning of the end of what I saw?

Then I forgot all about it until that sad Thursday, when after a Bible study fellowship with Pedro and a few others at the Enfield Island Village, on getting home that I put on the TV to listen to the news. It was then that the Michael’s death was emblazoned all over the news around the world! Every channel you turned carried the news.

That was the exact vision I saw earlier in February. Things were happening exactly the way it was revealed to me. It was sad, yet glorious. Sad because Michael Jackson was dead – gone forever, but glorious because the Lord had confirmed what He revealed to me by His Spirit, “…when He, the Spirit of truth has come, He will guide you into all truth; for He will not speak on His own authority, but whatever He hears He will speak; and He will tell you things to come.” John 16:13 NKJV.

Then I came across this write up: Michael Jackson and Andrae Crouch, Andrae Crouch Testimony, and a few others. Now combine all these with my experience.

One question that quickly comes to mind is: why did God chose to reveal Michael Jackson’s death to me, months before it actually happened?

Over time, I have been able to discern a few reasons of the possibilities. Whether these are the reasons, we would never know, because we know that “The secret things belong to the LORD our God, but the things revealed belong to us and to our children forever, that we may follow…”

Here some of the possibilities:

Being a friend of God:
This is a truth that cuts across every form of discrimination you can imagine. The fact that the God of the Universe can pick a tiny speck of mortal dust called man, and make him His friend is unimaginable, but very real. Look at what He said, “Henceforth I call you not servants; for the servant knoweth not what his lord doeth: but I have called you friends; for all things that I have heard of my Father I have made known unto you.” (John 15:15).

The truth is that this opportunity is open to everyone, “many are called, but few are chosen”. Not many are God’s friend; this is simply because two cannot walk together except they agree. Many don’t believe in His existence, others out-rightly reject His Words, others like to play games with Him as if they are equals.

The real truth is that you don’t usually keep things as secrets to your friends, otherwise you will gradually devalue the friendship, and there won’t be trust, you don’t call someone you don’t trust a friend.

My love for Michael, even before I became a Christian:
Before I gave my life to Christ in 1984, I was an ardent Michael Jackson fan, and my favourite track was “The Girl is Mine”, sang by Michael and Paul McCartney. Then I learned his dance moves of “Thriller” through watching my buddy at the time, Tunde Baiyewu of Lighthouse Family, this was at the secondary school. Then I gave my life to Christ.

That Friday evening, after giving my life to Christ, not fully understing what had actually happened to me, but knowing that something had happened, as I walked home, I was joyful and really had a burst of joy. So, I started dancing on the way home – Michael’s dance moves, but somehow couldn’t sing the songs, it was as if Michael’s lyrics had been erased from my memory. So I was rejoicing with Michael’s dance moves. This was November 30th, a Friday.

(ironically, while writing this blog, I went to check when the Thriller album was released, it was November 30 1982. talk about God’s sense of humor).

Responsibility from God:
When there is some work to be done and God is looking for someone to entrust it to, He chooses His friends to help out. Just like you and I would look up to friends to help us get some things done. When He was going to destroy Sodom and Gomorrah, He told Abraham about it and what did Abraham do? He interceded for the people. So, with the revelation comes a level of responsibility.

As heaven will be full of surprises, do you think Michael Jackson had the full experience of encounter with Christ? Before you answer that question, look at this one – why was he more interested in the Presence of the Holy Spirit and act of true worship? Why would he be interested in that track, “It Won’t Be Long”? Have heard the lyrics of that track?

Remember, all God requires us is to just believe that Jesus can save (me – yes – you). Oh friends, heaven will be full of surprises! 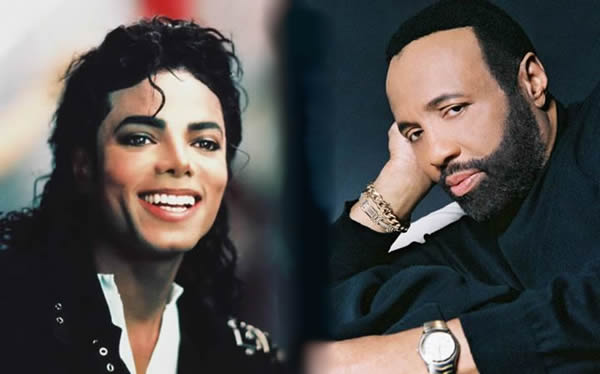 Satan Taught Me… Jesus Mastered Me
Brother John May 7, 2010