How To Overcome Lust!

After I decided to follow Christ at about age 16, I knew I still could not bear to see a pretty girl without lusting after her in my heart. It was an issue I couldn’t openly discuss either. But the Lord taught me some secrets, which I will be sharing here.

Before I go any further, if you have any form of ungodly desire, which is a true nature of lust in your heart; it is the first thing you must admit, even if no one knows, God does, otherwise this article will be useless to you. In fact, if you can’t admit that you have a problem of lust, it will simply mean you are not serious, and any so-called prayer, fasting, counselling or deliverance you do will not work! God loves the humble and hates the proud! (Proverbs 6:16)

HOW TO OVERCOME LUST!

In the real sense of the matter, the Devil has no new tricks on his sleeve. All he has and keep on repackaging all the time are three things, these three things make Man fall into sin; it is the same temptation for all – from the great and lowly, rich and poor to the famous and unknown, no one is exempted! 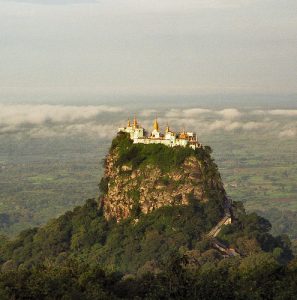 In fact, being a monk located at some 3000 meter cliff in Bhutan or the Popa Taungkalat in Burma does not exclude you from lust. All Satan needs is an object of desire and the stretch of your imagination.

They are lust of the eyes, lust of the flesh and the pride of life. It all started when Eve was taken as a lustful captive of Satan in the Garden of Eden.

Why did the devil isolate Eve and tempted her in private? Had he attempted to persuade Adam and failed miserably? Was it the first time he would tempt Eve or was this the hundredth time? Was it that he took Eve on a journey “…. into an high mountain, shewed unto [her] all the kingdoms of the world in a moment of time”? (Luke 4:5 emphasis mine).

Why Eve Fell Into Sin
Some have excused Eve of the temptation that it was because she was the “weaker vessel”. Whatever the guile the devil used to succeed in getting Eve to fall as she did; it was practically down to ONE thing. She lusted after the forbidden fruit in her heart.

Why did I come to this conclusion?

“But every person is tempted when he is drawn away, enticed and baited by his own evil desire (lust, passions).” (James 1:14 AMP). What are your grave desires? What do you crave?

Eve lusted. The devil only used what Eve craved for. It may have been a gradual dumbing down by the devil, but it eventually worked. It may have been like the way Delilah wore down Samson’s resistance, but as you may know, Delilah succeeded because the lust-full Samson was constantly on her laps!

Eve’s mind was gradually filled, possibly daily, with the lust the devil was presenting her. Perhaps, as this went on, she hid it from her husband, Adam. And he too, being busy with the affairs of this life, not having enough time for his wife, was totally oblivious as to what was going on between his wife and the devil about the forbidden fruit.”

God, would ALWAYS be found, when in fellowship with humanity, telling us to REMEMBER, MEDITATE, and RENEW our minds with His word or instruction. Apparently Eve didn’t and allowed herself to be drawn into an argument with the devil and lost. Yes, she lost the fight and lost her crown!

“Then our evil desires conceive and give birth to sin; and sin, when it is full-grown, gives birth to death.” (James 1:14 GNB).

“Blessed is the man who walks not in the counsel of the wicked, nor stands in the way of sinners, nor sits in the seat of scoffers; but his delight is in the law of the LORD, and on his law he meditates day and night.” Psalm 1:1-2 ESV

David said, “I have stored up your word in my heart, that I might not sin against you.” Psalm 119:11. In my case, the Lord showed me, through the daily reading of the scriptures, the exact verse of the Bible that addressed my lustful desires. So, I chalked the verse on the wall directly opposite my bed. It was the first thing I would see when I woke up in the morning and the last thing I read as I close my eyes for the night. It soaked my mind so much that it was like a flaming fire that warded off any form of lustful desire.

Then I prayed against lustful desires as if my life depended on it, and sure it did, and that prayer was granted!

Evidently, Eve had either refused to “store up” God’s Word in her heart or neglected renewing her mind with the Word (instructions) of God (see Romans 12:2).

The truth is that the love of God dropped out of Eve’s heart. That was why she fell into sin, “If you love me, you will keep my commandments.” John 14:15. Eve stopped loving God.

In essence, Eve (and then Adam) chose to FEED their lusts for the THINGS of the world because their love for God diminished. That was why they fell.”

You see, evil thoughts may come in the form of suggestions, just like the devil tempted Eve and later Jesus. The thought in itself is NOT sinful, but when it undergoes the process of conception without termination, it eventually gives birth to sin, even before it becomes visible for all to see. Jesus terminated all evil thoughts but Eve entertained them.

Some people have always said the devil physically slept with Eve, and then Eve slept with Adam, so sex was their offence. Oh no. God had originally blessed them (Adam and Eve) to “be fruitful and multiply”, so Adam and Eve having sex was perfectly normal in the sight of God.

What actually happened was the implantation of evil desire through lusts, leading to the conception of sin. It is like the act of sex that leads to impregnation and then the carrying of the pregnancy. Yes, the child may not be visible for all to see, it will eventually be born for all to see. So, lust is invisible, too. But you will know that you have it in your heart, just like the pregnant lady.

So How Do You Overcome Lust?
Starve it! But you need a power that can help you starve it the right way. You need the power of sonship. “But as many as received him, to them gave he power to become the sons of God, even to them that believe on his name:” John 1:12.

When you have this power (or supernatural ability) and you decide to starve the feeding of lust, it will boost your will power and victory will be assured.

This was what I chalked on the wall against my bed:

But I say unto you, That whosoever looketh on a woman to lust after her hath committed adultery with her already in his heart.” Matt 5:28

So, I would always judge myself with that word any time the suggestion to lust comes up in my mind. Initially, it looked like a struggle, but after a while, it became part of my character that my thought processes seemed to have been supernaturally re-wired to think differently.

Now, let’s agree that you have decided to starve lust in your life. What next? Here are the key things the Lord taught me:

There will always be a weaning period. This is the period where your flesh will really crave to feed on the lustful desire. It is like the painful withdrawal period experienced by drug users. The consistent application of the seven points above will certainly carry you through.

The one advantage you will have in overcoming the painful withdrawal symptoms is that you have the grace of God that empowers every child of God to overcome temptations. You have to believe that your victory brings utmost joy to God, that your choice for life is greater than desire for sin.

“Likewise reckon ye also yourselves to be dead indeed unto sin, but alive unto God through Jesus Christ our Lord. Let not sin therefore reign in your mortal body, that ye should obey it in the lusts thereof. Neither yield ye your members as instruments of unrighteousness unto sin: but yield yourselves unto God, as those that are alive from the dead, and your members as instruments of righteousness unto God.” Romans 6:11 – 13

After you notice that you have achieved a few successes, don’t ever relent and think you’re now invincible! That is a big deception. Remember that when the devil failed in his temptations of Christ in the wilderness, the Bible declares. “And when the devil had ended every temptation, he departed from him until an opportune time.” Luke 4:13

In fact, I prefer the Amplified version: “And when the devil had ended every [the complete cycle of] temptation, he [temporarily] left Him [that is, stood off from Him] until another more opportune and favorable time.”

Go And Sin No More!
The devil and his assistants never rest nor give up, the tempter will come back again and again and again. In fact, Jesus puts it this way, “Afterward Jesus found him in the temple and said to him, “See, you are well! Sin no more, that nothing worse may happen to you.” John 5:14. 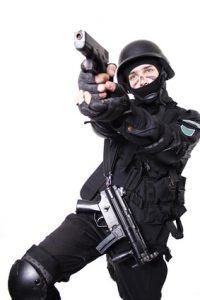 The defeated devil will get reinforcement and come back stronger. They will try different ways, make lust easier to access, use people you respect, friends and colleagues, anything and everything against you. But you will always have the edge: Greater is He that is n you than he that is in the world (1 John4:4)

Resist, using the above points, and if you still feel overwhelmed, get the support of an assured believer to boost your faith and stance. Besides, God is ever present with you to help you, too.

Most importantly, each victory you score over every temptation will make you stronger and in turn make you a real terror to the kingdom of darkness. Satan will become very afraid of you. You, the hunted, would become the hunter!

Do not be conformed to this world, but be transformed by the renewal of your mind, that by testing you may discern what is the will of God, what is good and acceptable and perfect. (Romans 12:2)

Dear Friends, I strongly recommend that you read the articles on Advanced Spiritual Warfare, this will greatly help you in your fight against lust.

*Please SHARE and make comments, it helps other people as well, it may be your comment that will help another person get his/her much needed victory!

Previous Article
Who Is Controlling Your Mind?
Next Article
Power Over Lust of The Flesh

Power Over Lust of The Flesh
Brother John January 10, 2011