Rule With A Rod of Iron

Sacrifices are an often reoccurring theme in the Torah. The Quran too acknowledges that animal sacrifice was commanded by God in the time of Moses (Surah 2, Al Baqarah, verse 67). Its main meaning was that it made atonement, it took away the sins of the people who offered it (Leviticus 17:11).

In that way they became acceptable before God because the punishment for their sin was paid on their behalf symbolically by the animal that was sacrificed. The whole procedure was to point to a perfect sacrifice about to come in the future (Isaiah 53). The Gospel says:

“Christ was sacrificed once to take away the sins of many people; and he will appear a second time, not to bear sin, but to bring salvation to those who are waiting for him.”  (Hebrews 9:28)

This ultimate purpose of sacrifice is also supported in the story where Abraham was commanded to kill his son. In Surah 37, Al Saffat, verse 107 we read about God’s miraculous, personal intervention by sparing Abraham from this terrible ordeal through “ransoming his son with a momentous sacrifice.”

In the Quran we are not told the name of the son whom Jews and Christians, according to their scriptures, believe to be Isaac. Verses 112-113 speak about Isaac too. There is no word in the Arabic (like “thumma”= “then”) to separate the two stories.

This seems to confirm that they are part of a summary of the story where Abraham was asked to sacrifice his son. The same literary feature of summarizing a narrative at the end is found in the surrounding verses 79-82 and 120-122.

Why is the sacrifice which Muslims, Jews and Christians believe to have been a ram (Genesis 22:13) called “momentous”, especially when compared with Abraham’s son? Surely he is greater, more important, than a ram!

This brings us to the question, how could God have a son and even if He did, how could God give His son as a ransom for sin? Reading the Quran, you would discover that when Ibrahim was about to slaughter his son, which God asked him to do – slaughter his son – yet God knew He was going to save the boy. It gives us an insight that for a perfect sacrifice God did not ask Abraham to purchase a cow or to buy a ram.

Instead, He sent salvation from heaven with a miraculous substitute, proving that there are specific characteristics for this ransom. 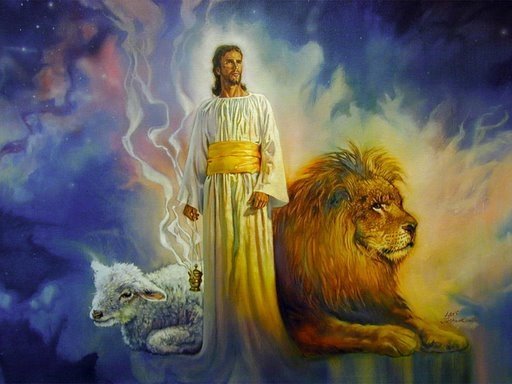 The Lamb of God

The greatness of the sacrifice can not just be found in the explanation that it serves as a symbol for an act of men’s self purification or devotion. If that was the case, there would be no need for God to provide HIMSELF with such a great sacrifice.

For the same reason it is also unnecessary to call the sacrifice “momentous” just because since then an animal is offered by Muslims to commemorate Abraham’s faithfulness and devotion. (See, “The Meaning of the Quran”, by Maududi, Islamic Publications LTD. Lahore, 1992 commentary on Surah 37, Al-Saffat, verse 108)

These arguments stand in sharp contrast to the Biblical view as explained above. They also contradict the definition of the word “sacrifice” being “…a religious ceremony in which something is given to a god… Persons offering it expect to receive some physical or spiritual good.” (See, “The World Book Encyclopedia”, Volume 17, 1982, U.S.A., page 7)

These Islamic explanations also go contrary to the teaching that the Quran teaches basically the same as all earlier prophets. (Surah 42, Al Shurah, verse 13)

The solution to the problem lies in the word “ransom.” It means that a person, in this case Abraham’s son, is set free in exchange for someone or something else. When compared with Abraham’s son, the ram by itself is not very special, in that sense it is not great. Therefore, the real importance of it has to lie somewhere else.

It points to the perfect sacrifice found in Jesus Christ which can not have been abrogated otherwise it would have to be replaced with something similar or better (Surah 2, Al Baqarah, verse 106). What better could be offered to us than God dealing with our sins personally by supplying a great sacrifice for us in Jesus Christ?!

In Abraham’s cryptic response to Isaac’s question, “Where is the lamb for a burnt offering?” (Gn 22:7), the mystery seems to deepen: “God will provide himself a lamb” (v. 8). God himself will be the sacrificial lamb for man’s redemption? Did Christ refer to this statement when He declared, “Abraham rejoiced to see my day: and he saw it, and was glad” (Jn 8:56)? Isaiah revealed both that the coming Messiah would be God’s son: “unto us a son is given” (Is 9:6) and also that He would be YAHWEH, called “the God of Israel” 203 times in the Bible: “His name shall be called Wonderful, Counsellor, The mighty God, The everlasting Father” (Is 9:6)! A baby born to a virgin would be God’s son and at the same time would be the Father?! Yes. As Jesus declared, “I and my Father are one” (Jn 10:30).

Isaiah also foretold that the Messiah would be the promised lamb sacrificed for the sins of the world: “The Lord hath laid on him the iniquity of us all….[H]e is brought as a lamb to the slaughter, and as a sheep before her shearers is dumb, so he openeth not his mouth” (Is 53:6,7).

No wonder John the Baptist, when “looking upon Jesus as he walked…saith, Behold the Lamb of God…which taketh away the sin of the world” (Jn 1:29,_36). The intricate interrelationship between scriptures by so many different prophets from Genesis to Revelation is awesome!

Lord, I open my heart to you! Allow me to know You in my life. My Lord! Change me from inside. I accept You as my Saviour and as my Deliverer! Save me from my sins and wash my heart, my Lord! I put all of my life into Your Hands. Use me, O my Lord! Enlighten my heart, Lord, and let me overflow with love. My Lord, I receive You into my life in the name of Jesus Christ. Amen!”