It is often said that heaven will be full of surprises. Over time, I have come to understand what that perception really means. There are many people who may be famous and rich, but not known for their faith in Christ, these people are the Nicodemus or Joseph (or Arimathea) of our time. Such people will always exist. They are usually secret disciples.

One thing that makes them different from hypocrites is that when you ask them pointedly, they will NEVER deny their faith in Christ. This is usually how you know them; in fact, you will be amazed at their level of faith or relationship with Christ.

A couple of months ago, I shared some insights about Michael Jackson, and over time, a few people have shared with me how the Lord revealed things to them about MJ. So, don’t be surprised if you see Michael Jackson or Bob Marley singing “Halleluyah” in His presence one day.

The other side of this are the vast number of people who believed that these artists were destined for hell would be equally shocked when they are made to know that MJ, BM and many others had made it to heaven. Sad, isn’t it.

Alice Cooper, is one of my biggest shock – to be honest with you. But, I have also come to know that the mercy of God is fiercer than the burning flames of hell. Here he was, in an interview that he is a Christ follower, not the way the world believed that Christ should be followed. He even exposes some tricks of Satan, which so-called televangelists represent. Is that not interesting? See the interview below:

After hearing him in that interview, I decided to listen to a few tracks of his music, some were convincing and others were just too secular. One thing that seem to stand out was that there seem to be a genuine relationship between him and Christ.

So, is Alice Cooper a Christ follower? I believe he is. Why do I believe he is? Is this not someone who sings about the dead? Yes, he is the same person. How do you reconcile the two? The answer is simple, don’t judge a man by what you see. Samuel tried to do so and he missed the mark, and God told him, “I look at the heart.” In essence, what you can’t see, God knows. See Cooper here again:

What do you think? He had an encounter with the devil, and he came out tops, the devil failed to lure him into deception. That could be an eye opener to people who love rock music. Alice Cooper’s lyrics may be reaching and talking to them in a way Sunday Sermons may never do.

Well, do I endorse his music? That’s where I am going to disappoint you, no. I just can’t see where or how his music will make me want to know more about Christ or desire His Presence and want to lift my hands in worship. Period. But you can be sure that Paradise (where Abraham and all the saints are right now) is full of people you least expect.

Finally, don’t judge who will get to heaven, your judgement may never be from a full knowledge of the matter. Reach out and share your faith with ALL.

Previous Article
Access of Grace Through Faith
Next Article
How to Get Rich & Maintain It! 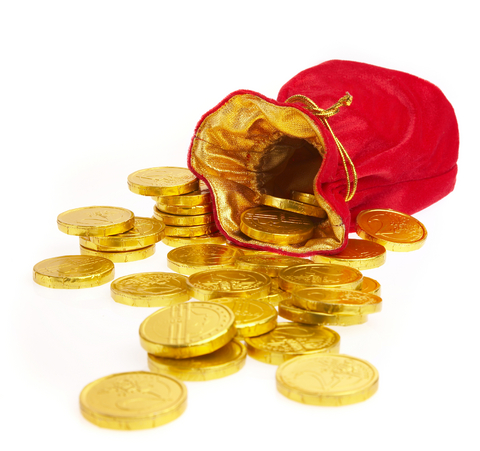