The Word
Tags: al-Hakam, Al-Wârith The Inheritor of All, Beautiful Names of Allah, Is Jesus Christ Al-Hakam, Jesus is the Judge of the Earth, The Arbitrator, The Giver of Justice, The Judge, The Supreme Heir

That is a GREAT question. Why am I interested in Al-Hakam?

That word was formed from the root h-k-m which has the following classical Arabic connotations:
– to be wise, knowing the true nature of things
– to pass judgment, to decide, pass a verdict
– to judge and pass sentence
– to prevent or restrain from wrongdoing or corruption
– to turn someone back from wrongdoing or ignorance

This name is used in the Qur’ân. For example, see 6:114, it states CATEGORICALLY that there is no other judge but AL-HAKAM.

Now, why is this Name, which references to God in the Last Days or the Judge of Man for entrance into Paradise so important?

The answer to this SUPREME question is where the BIBLE and Qur’ân STRONGLY agrees without any form of argument. That is why I am not interested in arguments these days.

This was even confirmed to have been revealed to Muhammad in Surat ‘Āli `Imrān 3:1-3 and declared in verse 4. 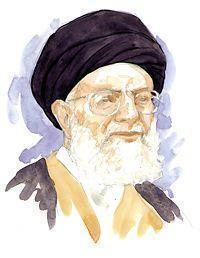 What do we have in all those references?
Jesus Christ is AL-HAKAM.
He is the Judge of Mankind. He is the Eternal Arbitrator.

Jesus will descend amongst people as a leader before the Day of Judgement have reached the status of mutawatir. That means that they have been narrated by so many people from each generation from such a large group of the Companions that there can be no possible doubt of their authenticity. For example:

Abu Hurairah (ra) narrated that Allah’s Messenger, peace be upon him, said, “By the One in Whose hand is my self, definitely the son of Maryam will soon descend among you as a just judge, and he will break the cross, kill the pig and abolish the jizyah, and wealth will be so abundant that no one will accept it, until a single prostration will be better than the world and everything in it. (Sahih al-Bukhari)

Jabir ibn ‘Abdullah said, “I heard the Prophet, may Allah bless him and grant him peace, saying, ‘A party of my ummah will never stop fighting for the truth victoriously until the Day of Rising.’ He said, ‘Then ‘Isa ibn Maryam, peace be upon him, will descend and their amir will say, “Come and lead us in prayer,” but he will say, “No! some of you are amirs over others,” as Allah’s showing honour to this ummah.'” (Sahih Muslim)

Abu Hurairah (ra) narrated, “The Prophet, peace be upon him, said: ‘There is no prophet between me and him, that is, ‘Isa, peace be upon him. He will descend (to the earth). When you see him, recognise him: a man of medium height, reddish fair, wearing two light yellow garments, looking as if drops were falling down from his head though it will not be wet. He will fight the people for the cause of Islam. He will break the cross, kill the pig, and abolish the jizyah. Allah will cause to perish all religions except Islam. He will destroy the Dajjal and will live on the earth for forty years and then he will die. The Muslims will pray over him.'” (Abu Dawud)

All these are confirmed in the Bible, too. Even the Jews who adhere strongly to Judaism acknowledge this, that the Messiah is Al-Hakam, who is also the final Judge.

Only Jesus Christ will be the Judge who will come to this world to judge the living and the dead; the Arab prophet confirmed this fact, saying: ‘The Last Hour will not come until the Son of Mary come down as the just Judge.” (EI-Bukhari, Volume III)

This is why the Qur’ân says that Allah will come to judge creation:
Nay! When the earth is ground to powder, And your Lord comes with the angels in rows, And Hell will be brought near that Day. On that Day will man remember, but how will that remembrance (then) avail him? S. 89:21-23 Hilali-Khan

If you are still questioning this truth, see Surat Ghāfir 40:12 (Shakir)
“That is because when Allah alone was called upon, you disbelieved, and when associates were given to Him, you believed; so judgment belongs to Allah, the High, the Great.” 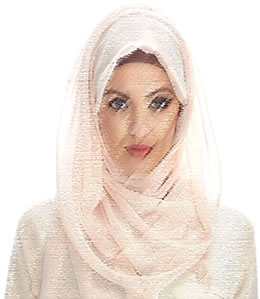 The Bible says:
“Behold, I stand at the door and knock; if anyone hears My voice and opens the door, I will come in to him, and will dine with him, and he with Me.” Revelation 3:20

Do not complain, brethren, against one another, that you yourselves may not be judged; behold, the Judge is standing right at the door. James 5:9

You also need to understand that the Qur’an confirms that you should believe that we have the genuine Book (Holy Bible), too. Although some do contest that we have a corrupted Bible today, which is contrary with what was CONFIRMED in Muhammad’s time. The Bible texts we have today existed centuries BEFORE Muhammad.

So the Qur’an says in Surat An-Nisā’ 4:47 “O ye People of the Book! believe in what We have (now) revealed, confirming what was (already) with you, before We change the face and fame of some (of you) beyond all recognition, and turn them hindwards, or curse them as We cursed the Sabbath-breakers, for the decision of Allah Must be carried out.” (Yusuf Ali)

In fact, there is an Hadith by Sunan Abu Dawud, which narrates a tradition on Surat 5:41 (in relation to verses 46-48), a group of Jews asked Muhammad to judge a Jew and Jewess who were caught in the act of adultery, Muhammad went to sit on a cushion, he said, “Bring me your Torah.” And he was given a copy of the Torah. He put the Torah on the cushion saying, “I believe in you and I trust you and in Him who revealed you.”

In the beginning was the Word, and the Word was with God, and the Word was God. John 1:1
For the word of God is living and active and sharper than any two-edged sword, and piercing as far as the division of soul and spirit, of both joints and marrow, and able to judge the thoughts and intentions of the heart. Hebrews 4:12 (NAS)

“When the Son of Man comes in his glory and all his angels are with him, he will sit on his glorious throne. The people of every nation will be gathered in front of him. He will separate them as a shepherd separates the sheep from the goats. He will put the sheep on his right but the goats on his left.” Matthew 25:21-33.

Every Devout Muslim Knows and Agrees That Jesus Christ, The Messiah, Will Be The Last Judge!”

Who is Al Hakam? He is The One who settles all disputes – The Judge of all the Earth – The Almighty God Himself.

I will conclude with this verse from the Qur’an, Surat ‘Āli `Imrān 3:199, “Wa-inna min ahli alkitabi lamanyu/minu billahi wama onzila ilaykum wamaonzila ilayhim khashiAAeena lillahi layashtaroona bi-ayati Allahi thamananqaleelan ola-ika lahum ajruhum AAinda rabbihim inna AllahasareeAAu alhisab”, which says, “And there are, certainly, among the People of the Book, those who believe in Allah, in the revelation to you, and in the revelation to them, bowing in humility to Allah: They will not sell the Signs of Allah for a miserable gain! For them is a reward with their Lord, and Allah is swift in account.” (Yusuf Ali)

“The Father judges no one, but has entrusted all judgment to the Son.” [John 5:22]

So, I encourage you to make peace with the Judge of all the Earth right now. His Name is not hidden, it is Jesus Christ and the Gospels have given us a VERY GOOD account of who He is, that you must believe in Him and follow Him to enter Paradise.

Previous Article
IF HE REPENTS….
Next Article
Jonathan & The Pearl