The DNA of God!

Dolly the sheep was born 5 July 1996 to three mothers (one provided the egg, another gave the DNA and a third carried the cloned embryo to term). She was created using the technique of somatic cell nuclear transfer, where the cell nucleus from an adult cell is transferred into an unfertilised oocyte (developing egg cell) that has had its nucleus removed. The hybrid cell is then stimulated to divide by an electric shock, and when it develops into a blastocyst it is implanted in a surrogate mother. Dolly was the first clone produced from a cell taken from an adult mammal. The production of Dolly showed that genes in the nucleus of such a mature differentiated somatic cell are still capable of reverting back to an embryonic totipotent state, creating a cell that can then go on to develop into any part of an animal. Dolly’s existence was announced to the public on 22 February 1997 (source: Wikipedia). 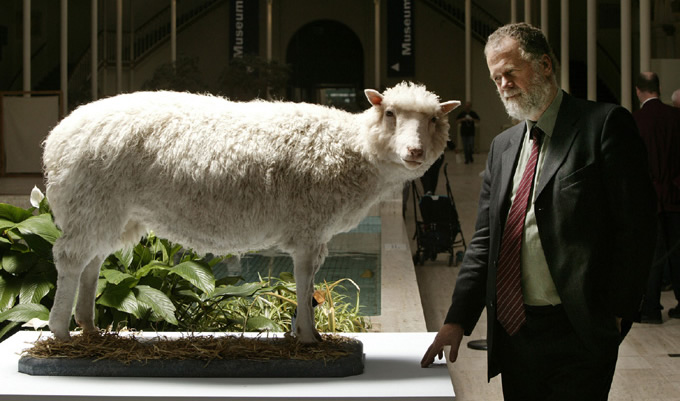 Man’s creative ability has really shone through this Dolly the sheep experimentation. But how does this relate to God?

The divinity of Jesus has often been questioned to the point where some have denied it; many have tried to explain it to the point of confusion and even self-delusion. I have now come to the point where I must ask YOU, my reader, the age-old question that, since we human beings, have our own DNA, does God have His? If He does can He use it to recreate Himself? If He can, wouldn’t He, with all His wisdom, choose the best way to reproduce Himself among men?

I have evidence that God does have His own DNA and that He has used it to recreate or reproduce Himself in the person of Jesus Christ. Follow me and you’ll be amazed at this truth.

Jesus said, “It is the spirit that gives life; the flesh profits nothing: the words that I speak unto you, they are spirit, and they are life.” [John 6:63]

This simply conveys the fact that there is life in His words. We have the biblical record that the life of a being is in his blood, long before any medical record confirmed this: “For the life of the flesh is in the blood: and I have given it to you upon the altar to make an atonement for your souls: for it is the blood that makes an atonement for the soul.” [Leviticus 17:11]

The Contemporary English Version puts it this way: “Life is in the blood, and I have given you the blood of animals to sacrifice in place of your own.”

According to Wikipedia, Deoxyribonucleic acid or DNA, is a nucleic acid that contains the genetic instructions used in the development and functioning of all known living organisms.

Did you see that? That scripture reveals the DNA of God – His Word! His Word contained “the genetic instructions used in the development and functioning of all known living organisms.”

See further evidence of this again at the beginning of life on earth: 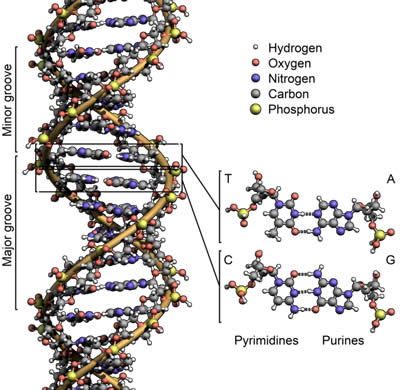 Is it not possible for God to take His own DNA, with the announcement He made to Mary that His Son was coming and make a human from it just like Dolly was created? Let us see:

“And the angel came in unto her, and said, Hail, you that are highly favored, the Lord is with you: blessed are you among women….. And, behold, you shall conceive in your womb, and bring forth a son, and shall call his name JESUS. …. Then said Mary unto the angel, How shall this be, seeing I know not a man? ….. And the angel answered and said unto her, The Holy Spirit shall come upon you, and the power of the Highest shall overshadow you: therefore also that holy thing which shall be born of you shall be called the Son of God.” [Luke 1:28, 31-35]

God simply planted His Word, which has the ‘genetic instructions used in the development and functioning of all known living organisms’, into the womb of Mary and that Word become human, named Jesus.”

That Word, the DNA of God, had the life of God in it, see, “In him was life; and the life was the light of men.” [John 1:4] That is the ultimate description of man’s source of life – God. He breathe into man before man became a living soul. He was (and is) the source of life for man.

Jesus did NOT derive anything but nourishment of the body from Mary. Let me get a little technical so that you know that Jesus was a product from God’s DNA.

Now, please note that the two blood systems are not in direct contact, but are separated by thin membranes, with materials diffusing across from one system to the other. The placenta also produces hormones that maintain and regulate pregnancy. It is shed as part of the afterbirth.

So where did the blood in the system of Jesus Christ come from? It was directly from the Word implanted into the womb of Mary. Remember, “in him was life; and the life was the light of men.” 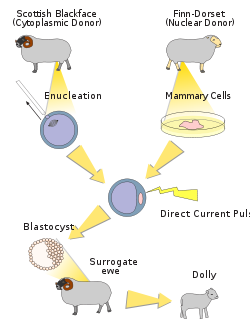 For What Purpose?
Why did God have to use His DNA to make a human being, or maybe we should say a sheep; or better yet -a lamb? The answer could be summed up in one word – Love!

God created man in His own image, as a mini version of Himself, capable of creativity, choice and freedom. But, unfortunately, the devil added his own destructive sense to it, thereby derailing man from God’s plan. You know, it would have been very easy for God to wipe the slate clean, very clean and start afresh with a new man in a new planet and no devil.

Thankfully He didn’t! Simply because He knew what was going to happen BEFORE He created man. He made atonement for man’s fall by sacrificing a lamb, a special lamb that He made:

“And all that dwell upon the earth shall worship him, whose names are not written in the book of life of the Lamb slain from the foundation of the world.” [Revelation 13:8]

When exactly was this lamb slain?

When Adam and Eve sinned, they went to make clothes of leaves that were going to dry off and expose them to the elements.

“Unto Adam also and to his wife did the LORD God make coats of skins, and clothed them.” [Genesis 3:21]

It was from that lamb that God made coats of skin, and it was that lamb who was announced to be the Lamb of God that takes away the sin of the world!

“The next day John saw Jesus coming unto him, and said, Behold the Lamb of God, who takes away the sin of the world.” [John 1:29]

The purpose of the Lamb?

Take away the sin of the world. Yours and mine! Cleanse man without wiping him out, but man would have to accept the offer because it is not automatic.

But before He could do that He had to come and live among us and experience the evil (temptations and trials) we put up with. He was subject to our terrain, geography, biosphere’s disciplines and hence hungered, thirsted and cried, too. He desired to be loved, to enjoy the company of friends; He felt all the emotions we feel, yet without sin. That’s why He understands every situation.

Dolly the Sheep & Jesus the Lamb
Unlike Dolly who was sickly and died of progressive lung disease and severe arthritis, Jesus the Lamb went about healing the sick, delivering the oppressed, teaching people the acceptable way to live until He was eventually murdered on the cross.

One significant development is that Dolly the sheep’s body is encased at the science museum in Scotland, while Jesus’s body is not just resurrected, but returned to where it came from – heaven.

“And I beheld, and, lo, in the midst of the throne and of the four living creatures, and in the midst of the elders, stood a Lamb as though it had been slain, having seven horns and seven eyes, which are the seven Spirits of God sent forth into all the earth.” [Revelation 5:6]

After witnessing a miraculous provision from God, Abraham once prophesised, “God will provide Himself a lamb”, and that was the lamb John identified.

“And Abraham said, My son, God will provide himself a lamb for a burnt offering: so they went both of them together.” [Genesis 22:8]

God does not require anyone to make animal sacrifices again, He has made the final and perfect sacrifice and it’s just for you! He has used His own DNA to make His Son become the Lamb that would save us from sin.

What To Do With God’s DNA
All you have to do is believe and accept that this sacrifice was for you and you will get a life-transforming experience. Pray along with the words below:

“Lord, I open my heart to you! Allow me to know You in my life. My Lord! Change me from the inside. I accept forgiveness you provided through the Lamb as my Saviour and as my Deliverer! Save me from my sins and wash my heart, my Lord! I put all of my life into Your Hands. Use me, O my Lord! Enlighten my heart, Lord, and let me overflow with love. My Lord, I receive You into my life in the name of Jesus Christ. Amen!”