Some Things Are Not Negotiable

WILL ROGERS ONCE OPINED that a sure way to prevent war would be to abolish peace conferences.

Of course Will, as usual, had his tongue in his cheek; he meant only to poke fun at the weak habit of substituting talk for action. Still there is more than a little uncomfortable truth in his remark.

This above all others is the age of much talk. Hardly a day passes that the newspapers do not carry one or another of the headlines “Talks to Begin” or “Talks to Continue” or “Talks to Resume.” The notion back of this endless official chatter is that all differences between men result from their failure to understand each other; if each can discover exactly what the other thinks they will find to their delight that they are really in full agreement after all. Then they have only to smile, shake hands, go home and live happily ever after. 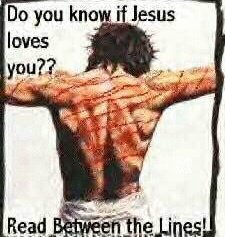 At the bottom of all this is the glutenous, one-world, all-men-are-brothers philosophy that has taken such hold on the minds of many of our educators and politicians. (The hard-headed realists of the Communist camp know better; maybe that is why they are making such alarming advances throughout the world while the all-men-are-brothers devotees are running around in confusion, trying to keep smiling if it kills them.)

Tolerance, charity, understanding, good will, patience and other such words and ideas are lifted from the Bible, misunderstood and applied indiscriminately to every situation. The kidnaper will not steal your baby if you only try to understand him; the burglar caught sneaking into your house with a gun is not really bad; he is just hungry for fellowship and togetherness; the gang killer taking his victim for a oneway ride can be dissuaded from committing murder if someone will only have faith in his basic goodness and have a talk with him. And this is supposed to be the teaching of Jesus, which it most certainly is not.

The big thing now is to “keep in touch.” Never let the dialogue die and never accept any decision as final; everything can be negotiated. Where there is life there is talk and where there is talk there is hope. “As long as they are talking they are not shooting at each other,” say the advocates of the long palaver, and in so saying they forget Pearl Harbor.

This yen to confer has hit the church also, which is not strange since almost everything the church is doing these days has been suggested to her by the world. I observe with pained amusement how many water boys of the pulpit in their effort to be prophets are standing up straight and tall and speaking out boldly in favor of ideas that have been previously fed into their minds by the psychiatrists, the sociologists, the novelists, the scientists and the secular educators. The ability to appraise correctly the direction public opinion is moving is a gift not to be despised; by means of it we preachers can talk loudly and still stay out of trouble.

A new Decalogue has been adopted by the neo-Christians of our day, the first word of which reads “Thou shalt not disagree”; and a new set of Beatitudes too, which begins “Blessed are they that tolerate everything, for they shall not be made accountable for anything.” It is now the accepted thing to talk over religious differences in public with the understanding that no one will try to convert another or point out errors in his belief. The purpose of these talks is not to confront truth, but to discover how the followers of other religions think and thus benefit from their views as we hope they will from ours.

It is a truism that people agree to disagree only about matters they consider unimportant. No man is tolerant when it concerns his life or the life of his child, and no one will agree to negotiate over any religious matter he considers vital to his eternal welfare. Imagine Moses agreeing to take part in a panel discussion with Israel over the golden calf; or Elijah engaging in a gentlemanly dialogue with the prophets of Baal. Or try to picture our Lord Jesus Christ seeking a meeting of minds with the Pharisees to iron out differences; or Athanasius trying to rise above his differences with Arius in order to achieve union on a higher level; or Luther crawling into the presence of the pope in the name of a broader Christian fellowship.

The desire to be liked even if not respected is a great weakness in any man’s character, and in that of a minister of Jesus Christ it is a weakness wholly inexcusable. The popular image of the man of God as a smiling, congenial, asexual religious mascot whose handshake is always soft and whose head is always bobbing in the perpetual Yes of universal acquiescence is not the image found in the Scriptures of truth.

The blessing of God is promised to the peacemaker, but the religious negotiator had better watch his step. The ability to settle quarrels between members of God’s household is a heavenly gift and one that should be assiduously cultivated. The discerning soul who can reconcile separated friends by prayer and appeal to the Scriptures is worth his weight in diamonds.

That is one thing, but the effort to achieve unity at the expense of truth and righteousness is another. To seek to be friends with those who will not be the friends of Christ is to be a traitor to our Lord. Darkness and light can never be brought together by talk. Some things are not negotiable. – written by A.W.TOZER