Is it not a fallacy that after a sinner has been pardoned by the Gentle Saviour and had been given the gift of salvation, he gets indoctrinated that his troubles with the world is over – once saved, you’re forever saved, you can’t lose your salvation? Then they put a verse or two in his hands and send him on his way that he could live his life the way he likes and all will be well. Let me take some quotes from these preachers:

“You cannot lose your salvation, because you did not earn it, it was not by your works.”
“He seals us unto the day of redemption. Who can break the seal of God?”

They even quote:
Ephesians 4:30, “And do not grieve the Holy Spirit of God, by whom you were sealed for the day of redemption.”

‎2 Corinthians 1:21-22, “Now He who establishes us with you in Christ and has anointed us is God, who also has sealed us and given us the Spirit in our hearts as a guarantee.” 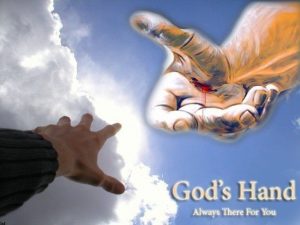 God is Stretching His Hands to YOU

Not A Flawed Belief System?
Through this belief system, the ministers who teach such a thing create a backdoor for this saved sinner to return to his vomit and still feel that he is a candidate for the dwelling place of God. They make him feel he can live a life of debauchery and still be fit to hide under God’s cloak of holiness.

These ministers take God’s Word, create their own version of it and teach it as the truth, closing their eyes to other parts of Scripture that completes the puzzle. Some become vehement about this man-made doctrine – Once Saved, Forever Saved!

Some hoary-headed preachers would even make it worse by saying when you commit a sin it’s simply because your God is weak. In fact, someone wrote this comment to me on Facebook:

“Then God is weaker than Satan if He cannot keep you !Then His promises become like ours, breakable by Him! To which I disagree! You may believe that you can loose your salvation,even though you are a True believer,,but I know that I cannot! My God saved me in April 1986, and though I have slipped a few times,I am still His and still saved!”

(Let me quickly point out that, I did not edit a jot from that person’s statement including his grammatical errors).

What about King Saul who refused to take responsibility for his sinfulness? “And Saul said, Because I saw that the people were scattered from me,” (I Samuel 13:11) and again, “But the people took….” (I Samuel 15:21).

He never took responsibility for the things he did! He always blamed others!

All these doctrines of non-responsibility are ensuring that man is not made accountable for his actions.  A man who is committing adultery would want to blame God for not keeping him from sin. Did God make him do it? Was he not led forth by his own lusts? Was God the author of his sin? See James 1:14.

You Are Not Accountable?
Ecclesiastes 11:9 says, “Rejoice, O young man, in thy youth; and let thy heart cheer thee in the days of thy youth, and walk in the ways of thine heart, and in the sight of thine eyes: but know thou, that for all these things God will bring thee into judgment.”

David took full responsibility for wrongdoing.  Listen to what he said. “Wash me thoroughly from my iniquity, and cleanse me from my sin. …. For I acknowledge my transgressions: and my sin is ever before me. …. Against you, you only, have I sinned, and done this evil in your sight: that you might be justified when you speak, and be blameless when you judge… Cast me not away from your presence; and take not your holy Spirit from me. …. The sacrifices of God are a broken spirit: a broken and a contrite heart, O God, you will not despise.” [Psalm 51]

Is it not true that it is Man who should be responsible for his actions and not God?  It is time we change camps from those who blame God for all the ills and problems of the world today. One day God will tell His side of the story and Man will be very sorry for his blasphemies of apportioning blame to Him!

Can A Man Stop Following God?
“Then said Jesus unto his disciples, If any man will come after me, let him deny himself, and take up his cross, and follow me.” [Matthew 16:24]

Can a man stop following Christ? Yes, a man can choose to stop following God, ask Eve, Adam, Esau, King Saul, Demas, etc. But we should not (by our decisions) be of them that draws back unto perdition! 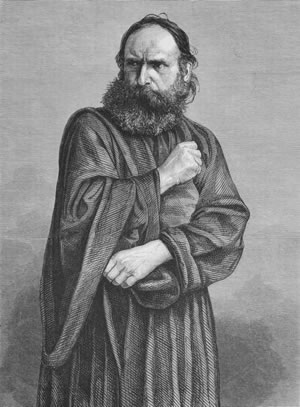 Some would want to argue that anyone who departed the faith never really knew God. But that is not true because the Bible gave us different examples about the matter. A man that was once walking with God or following Him cannot be declared as an ignorant boffin. He knew God and walked with Him then turned and left Him. That is an apostate!

“It repenteth me that I have set up Saul to be king: for he is turned back from following me, and hath not performed my commandments. And it grieved Samuel; and he cried unto the LORD all night.” [1 Samuel 15:11]

I even believe that the Son of Perdition (antichrist) was once a born again Christian who turned from Him and trampled on Christ, to commit the ULTIMATE sin!

“From that time many of his disciples went back, and walked no more with him.” [John 6:66]

MANY of His DISCIPLES went back, and walked no more with him, not sinners!”

Is the John 6:66 there a coincidence? I cannot tell, but let him who has an ear hear what the Spirit is saying! Those were also disciples, but they became apostates.

We also have it written in 2 Thessalonians 2:3, “Let no man deceive you by any means: for that day shall not come, except there come a falling away first, and that man of sin be revealed, the son of perdition;”. This is where the revelation given to John about the “Mark of the Beast” strikes with terror (Revelation 13:18). Terror for the sinner and apostate, but peace for the obedient child who remains in His Father’s guidance.

Of course, if you read that Book of Jeremiah from the first chapter it will give you an idea as what was happening before God made that pronouncement; He had been calling and warning the people of their sinfulness, but the people just chose to live in rebellion. To make matters worse, the prophets of the land would prophesy lies to the people to make them feel cool in their mire (Jeremiah 14:14).

“How shall I pardon you for this? your children have forsaken me, and sworn by them that are no gods: when I had fed them to the full, they then committed adultery, and assembled themselves by troops in the harlots’ houses. They were as fed horses in the morning: everyone neighed after his neighbor’s wife. Shall I not punish for these things? says the LORD: and shall not my soul be avenged on such a nation as this?” [Jeremiah 5:7-9 KJ2000]

The question is – do you want to be counted among those who will be cast out of His sight?

And the LORD said unto Moses, Whosoever hath sinned against me, him will I blot out of my book.” [Exodus 32:33]

Again in Jeremiah 15:1 we read, “Then said the LORD unto me, Though Moses and Samuel stood before me, yet my mind could not be toward this people: cast them out of my sight, and let them go forth.”

Is God not able to keep His own? Of course He is more than able, but it is on His terms.

“If any man come to me, and hate not his father, and mother, and wife, and children, and brethren, and sisters, yea, and his own life also, he cannot be my disciple.” [Luke 14:26]

When you live for Him, you can never fail – and even if you slip and fall – you will get back up; but if you live for SELF, you will fall and may never get back up. In fact, He would cast you out of His sight! He is too holy to live with sinfulness!

John the apostle said, “My little children, these things write I unto you, that ye sin not. And if any man sin, we have an advocate with the Father, Jesus Christ the righteous:” [1 John 2:1]

We don’t work to earn our salvation but we work to keep it. We cannot by our arm of flesh keep ourselves (John 15:5), we need to ask and depend on Him for His grace at all times.

“For a just man falleth seven times, and riseth up again: but the wicked shall fall into mischief.” [Proverbs 24:16]

Are you still saying or arguing that a saved person cannot lose his gift of salvation? Remember John 6:66 and think again!”