In the beginning God created the heaven and the earth. And the earth was without form, and void; and darkness was upon the face of the deep. And the Spirit of God moved upon the face of the waters. And God said, Let there be light: and there was light. And God saw the light, that it was good: and God divided the light from the darkness. And God called the light Day, and the darkness he called Night. [Genesis 1:1-5]

I have always wondered whether this scripture is describing more than just the beginning of life on earth. Then I realized that it is!  This scripture actually holds a coded message!  My reason for making such a statement is because there is another creation of lights mentioned further down in the same chapter.

So we see that this other creation of light on the fourth day is quite different from the one mentioned in verse 3. God “separated the light from the darkness.” (Genesis 1:4, 18 ESV). We would read this statement TWICE within the first four days of creation. So, it means more than just ordinary creations.

The very first verse said, “In the beginning God created the heaven and the earth.” That beginning was not the actual beginning because we know that angels existed before our universe was created; but that of our earth and her surrounding cosmos; the verse is even talking of something much deeper! 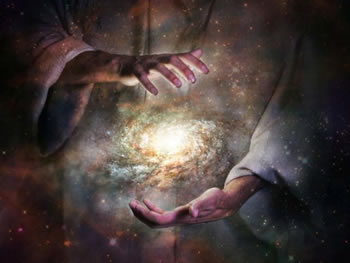 Lack of Knowledge
Most bible readers would neglect to seek further clarity from God about the difference between verses 3 and 14. Instead, they would jump to their own conclusions or ignore the obvious difference completely, I did, for nearly 30 years. To prophet Hosea, God said, “My people are destroyed for lack of knowledge: because you have rejected knowledge, I will also reject you, that you shall be no priest to me: because you have forgotten the law of your God, I will also forget your children.” [Hosea 4:6]. What knowledge is He talking about? The light given by His revealed knowledge.

We can therefore see how vitally important it is for us to pursue God, the giver of revelatory knowledge, so as to acquire it to become what He wants us to become.

This is further emphasized in the following scripture: “He was in the world, and the world was made by him, and the world knew him not. He came unto his own, and his own received him not.” [John 1:10-12] People were too blind to acknowledge His presence as the Son of God.

Is God Actually Mysterious?
Yes and no. Yes, because He is God and He has no equal. He is omnipotent and omniscient. No one is capable of challenging His abilities in any sphere of existence. When He relates with His creation, He comes down to their level and displays His splendour.

No, He is not mysterious because He really wants us to know Him, He wants us to always seek more than we already have and that is why He commands us to seek Him, “Seek and you shall find”. He wants to make honourable royalty out of us. Look at these three scriptures.

God has revealed His blueprint of creation in the scriptures but they were sealed in the Bible from the beginning; the seals are now being opened and we are partakers of these revealed divine mysteries. They are so beautiful that we are just beginning to scratch the surface!

“In a dream, in a vision of the night, when deep sleep comes on men, while they take their rest on their beds; Then he makes his secrets clear to men so that they are full of fear at what they see;” [Job 33:15-16 BBE].

It is the glory of God to conceal a thing: but the honor of kings is to search out a matter.” [Proverbs 25:2]

Again, Paul explained this, “To whom God would make known what is the riches of the glory of this mystery among the Gentiles; which is Christ in you, the hope of glory:” [Colossians 1:27]

We can see from these few scriptures that God is actually making something out of us and He wants us to know this truth. He is birthing Himself in us, “God would make known what is the riches of the glory of this mystery …. which is Christ in you.” 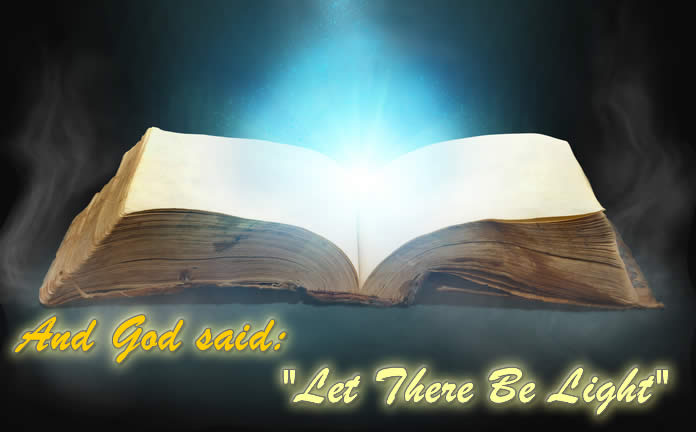 God is willing to share this insight with us, but we must prove ourselves worthy enough to honour and respect it. Look at what He says, “I have yet many things to say unto you, but you cannot bear them now. But when he, the Spirit of truth, is come, he will guide you into all truth: for he shall not speak of himself; but whatsoever he shall hear, that shall he speak: and he will show you things to come. He shall glorify me: for he shall receive of mine, and shall show it unto you.” [John 16:12-14]

“Thus says the LORD, the Holy One of Israel, and his Maker, Ask me of things to come concerning my sons, and concerning the work of my hands, you command me.” [Isaiah 45:11]

Call unto me, and I will answer you, and show you great and mighty things, which you know not.” [Jeremiah 33:3]

Anyone who desires can know His plans and purposes, but you must show your willingness in accordance with His terms. He will not give to dogs what is holy.

“Give not that which is holy unto the dogs, neither cast your pearls before swine, lest they trample them under their feet, and turn again and tear you.” [Matthew 7:6]

In conclusion, Peter the apostle wrote a warning to God’s people about knowledge of the mysteries of God, which Paul had been explaining in his time, “As also in all his epistles, speaking in them of these things; in which are some things hard to be understood, which they that are unlearned and unstable twist, as they do also the other scriptures, unto their own destruction.” [2 Peter 3:16]

“And God said, Let there be light…” That light is the revealed knowledge of God’s mystery!

This light is Christ. He is the revelation of God Himself. The Word BEGAN to manifest God. It was the very beginning of God’s Creation. This is why it is written that Jesus is the beginning of God’s creation. And He would reveal: “I am the Light of the world.” [John 8:12, 9:5]

That light is called life (John 1:4). Some people have called this light Aether, which is described as the material that fills the region of the universe above the terrestrial sphere. In fact, the Greeks called this a god. They even concluded that this aether has an infinity stone called the Reality Stone, which grants the user power to manipulate matter.

And others have investigated this phenomenon that through it is every created thing in our world. Again, this simply confirms the statements of John in his opening chapter of the Gospels:

“All things were made by him; and without him was not any thing made that was made.” [John 1:3] Nothing was made without Him.

I have written all the above to make this conclusion. Get into partnership with Him and become a light like the Light. To do this, you are required to acknowledge Him as your Master and the beginning of your life, too.

You can choose to humble yourself before Him and come into the light or remain proud and stay in darkness – it is YOUR choice!

Next time, I will be writing on “Reign As Kings….“ don’t miss it!

The Forbidden Fruit
Brother John May 5, 2011