This is the final part of the three-part series on the Three Churches of the End-time. It is about a man of who little was written in the Bible, but has so much to tell us in this end time. He was Mary and Martha’s brother, but more importantly, Jesus’ friend.

NOTE: If you have not read the previous articles in the series, please do so before you read this one: #1. Martha’s Church & #2. Mary’s Church

As I discuss Lazarus, ask yourself if you are anything like him, if not, you will not be part of the Church that will manifest God’s glory for the end-time harvest. The Church is not a denomination, but a group of people.

Lazarus was said to be sick; but what does a sick person experience? It means experiencing displeasure, stress, imprisonment, weakness, feebleness, inconvenience, trouble, helplessness, lack, vulnerability, and all sorts of inability.

They sent (prayed) to Jesus. He heard them quite well that Lazarus was sick, yet He stayed TWO more days. …. A day to God is as a thousand years and a thousand years is as a day …. “For a thousand years in your sight are but as yesterday when it is past, and as a watch in the night.” [Psalm 90:4] We have been waiting for the Coming of Jesus for the past two thousand years; In essence, Christ has been gone for just “two days”.

The world has hated and rejected Christ since the advent of the Church, but either they like it or loathe it, He’s Coming back very soon. “Behold, the Lord cometh with ten thousands of his saints,” (Jude 1:14).

“Then said Thomas, who is called Didymus, unto his fellow disciples, Let us also go, that we may die with him.” [John 11:16]

“Lazarus is asleep,” Jesus said in verse 11. This means Lazarus’ life stagnates and there is no visible progress. But, in the real sense of it, there is a biological change taking place in his body – his body was decaying. 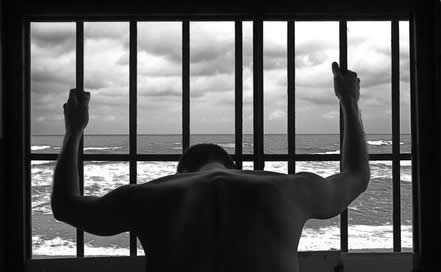 “Lazarus is dead,” Jesus finally says in verse 14. What does this mean? People are mourning his existence, some mocking his life while others genuinely miss him; people are distressed because of him and disheartened because of his state. People can’t help him in his situation and neither can he help himself!

The truth of the matter is that Christ will not move until Lazarus ceases trying to help himself. He just has to die.

The world congregates around the Marthas and Marys, but has nothing to do with the “dead” Lazarus. Why? There is nothing Lazarus can really do for them, they can’t gain or derive any benefit from him, because he’s dead. In fact, he “stinks”. His outlook and demeanor is opposite theirs. The world doesn’t have time for “losers” like Lazarus.

When the Lord comes back what will He find? Jesus arrives and finds Martha exercising so much unbelief that her words caused Jesus to stand still (Matthew 13:58). The Church will be filled with so much unbelief that they will almost hinder Jesus and cause Him to stand still. God hates unbelief. Right now, the church preaches the Second Coming of Christ but live as if He will never show up. That is unbelief.

Just as it was at the time, there was an expectation that Jesus was going to show up. At the moment, the world is full of expectation. The world has no idea of what God is capable of doing and hence the world is yet to see God’s glory. God will manifest His glory through Lazarus!

But Lazarus is dead!

How can a dead man manifest God’s glory? Lazarus is:

The day he gives up all the remaining desires of self-life and truly dies is the day Christ will start coming to show forth His glory through him.

Are You “Sick” Yet?
Yes? Are you “sick” yet in the eyes of the world? Are you accounted as stupid yet? Are you accounted as “dead” yet? Have they taken your coat and you surrender your shirt as well? When people offend you and you quickly, without hesitation, forgive them – without any reservation or resentment, it shows you are “sick”, that is, stupid in their eyes. But to God, you’re a saint!

When a dead man is offended, he will not react by doing to them as they have done to him.”

As a man, women are seductively parading themselves around you, but you’re not interested, in fact, it makes you feel sick! You don’t really care about the world on this side of life; your greatest desire is to be with Christ. I mean, are your fleshly (emotional) desires dead?

Friends, the earlier you “die” (death to self-life), the better; It is then you can truly say, “I am crucified with Christ: nevertheless I live; yet not I, but Christ lives in me: and the life which I now live in the flesh I live by the faith of the Son of God, who loved me, and gave himself for me.” [Galatians 2:20]

Lazarus cannot and will not remain sick for too long, he has to die, so that Christ may come and occupy His life with the power of resurrection.

What Happens When Lazarus Dies?

But Before Lazarus Died…..
He believed in the power of resurrection. “Jesus said unto her, I am the resurrection, and the life: he that believes in me, though he were dead, yet shall he live:” [John 11:25] He previously heard Jesus teach it, because his sisters heard Him (John 11:24).

Lazarus entered the cave and was shut in like Noah entered the Ark and God shut him and his family in (Genesis 7:16). However, this time, it is individuals that God is shutting into His Ark. Lazarus was the only one shut in in the cave.

Lazarus gave up his life and received it back (Mark 8:35). Christ fulfilled His promise to him. Lazarus died but came alive again.

Lazarus partook in the fellowship of His sufferings and because of this he experienced the power of His resurrection.

“That I may know him, and the power of his resurrection, and the fellowship of his sufferings, being made conformable unto his death; If by any means I might attain unto the resurrection of the dead.” [Philippians 3:10-11]

Lazarus Died…..
After Lazarus died, Christ started coming (vs7); his death was to glorify God (vs4). He gave up his life for the glory of God to be manifested through him. He “died”.

“Many people of the Jews therefore knew that he was there: and they came not for Jesus’ sake only, but that they might see Lazarus also, whom he had raised from the dead. But the chief priests consulted that they might put Lazarus also to death; Because that by reason of him many of the Jews went away, and believed on Jesus.” [John 12:9-11 Emphasis mine]

“If any man come to me, and hate not his father, and mother, and wife, and children, and brethren, and sisters, yea, and his own life also, he cannot be my disciple.” [Luke 14:26]

He was “made conformable unto his death”, hence he attained “unto the resurrection of the dead”.

“So I prophesied as he commanded me, and the breath came into them, and they lived, and stood up upon their feet, an exceedingly great army.” [Ezekiel 37:10]

“Blow the trumpet in Zion, and sound an alarm in my holy mountain: let all the inhabitants of the land tremble: for the day of the LORD comes, for it is near at hand;

“A day of darkness and of gloominess, a day of clouds and of thick darkness, as the morning spread upon the mountains: a great and strong people; there has not been ever the like, neither shall be any more after it, through the years of many generations.

“Like the noise of chariots on the tops of mountains shall they leap, like the noise of a flame of fire that devours the stubble, as a strong people set in battle array.

“Before their face the people shall be in great pain: all faces are drained of color.

“Neither shall one jostle another; they shall walk each one in his path: and when they lunge between the swords, they shall not be wounded.

“The earth shall quake before them; the heavens shall tremble: the sun and the moon shall be dark, and the stars shall withdraw their shining:

“And the LORD shall utter his voice before his army: for his camp is very great: for he is strong that executes his word: for the day of the LORD is great and very terrible; and who can endure it?” [Joel 2:1-11]

“And I will give power unto my two witnesses, and they shall prophesy a thousand two hundred and threescore days, clothed in sackcloth. …. These have power to shut heaven, that it rain not in the days of their prophecy: and have power over waters to turn them to blood, and to smite the earth with all plagues, as often as they will.” [Revelation 11:3-6]

God will fill these people with His Spirit and with immeasurable power!

The Lazarus Church will walk the Earth like Moses and Elijah, manifesting the glory of Christ. They will preach the Truth and confirm it with signs and wonders.”

We got a glimpse of this in Luke 9:30-31 – “And, behold, there talked with him two men, who were Moses and Elijah: Who appeared in glory, and spoke of his death which he should accomplish at Jerusalem.”

“And immediately he arose, took up the bed, and went forth before them all; insomuch that they were all amazed, and glorified God, saying, We never saw it on this fashion.” [Mark 2:12]

“And there came a fear on all: and they glorified God, saying, That a great prophet is risen up among us; and, That God hath visited his people.” [Luke 7:16]

“And he laid his hands on her: and immediately she was made straight, and glorified God.” [Luke 13:13]

“For the earnest expectation of the creation waits for the manifestation of the sons of God.” [Romans 8:19 KJ2000]

Previous Article
Three Churches of the EndTime: The Mary Church
Next Article
Prosperity of the Wicked?