Again on December 25 of this year the majority of the Christian world (Christendom) will celebrate the birth of Christ through many handed down traditions including, setting up a decorated tree, exchanging gifts, spreading folk tales about Santa Claus, festivities, lighting decorations, just to name a few, and the most common of greetings – Merry Christmas.

No, no one is saying you should not celebrate Christ. If we don’t celebrate Him, then what is the purpose of our existence? But, read through this article and think on the reason for your celebrations. “There is therefore now no condemnation to them which are in Christ Jesus, who walk not after the flesh, but after the Spirit.” [Romans 8:1]

Where does the annual celebration of Christmas come from? You might be amazed at what can be found in the Bible regarding the true origin of Christmas and find out the actual season of Christ’s birth. It is a LITTLE KNOWN FACT OF THE BIBLE.

Few people realize that the origins of a form of Christmas was pagan & celebrated in Europe long before anyone there had heard of Jesus Christ.

No one knows what day Jesus Christ was born. From the biblical description, most historians believe that his birth probably occurred in September, approximately six months after Passover. One thing they agree on is that it is very unlikely that Jesus was born in December since the Bible records shepherds tending their sheep in the fields on that night.

This is quite unlikely to have happened during a cold Judean winter. So why do we celebrate Christ’s birthday as Christmas, on December the 25th?

The answer lies in the pagan origins of Christmas. In ancient Babylon, the feast of the Son of Isis (Goddess of Nature) was celebrated on December 25. Raucous partying, gluttonous eating and drinking, and gift-giving were traditions of this feast. 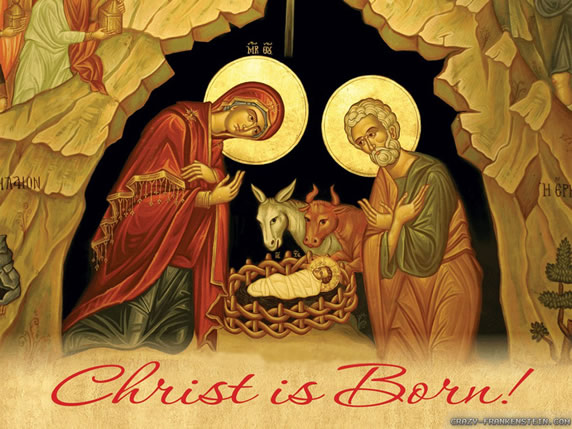 In Rome, the Winter Solstice was celebrated many years before the birth of Christ. The Romans called their winter holiday Saturnalia, honoring Saturn, the God of Agriculture. In January, they observed the Kalends of January, which represented the triumph of life over death. This whole season was called Dies Natalis Invicti Solis, the Birthday of the Unconquered Sun.

The festival season was marked by much merrymaking. It is in ancient Rome that the tradition of the Mummers was born. The Mummers were groups of costumed singers and dancers who traveled from house to house entertaining their neighbors. From this, the Christmas tradition of caroling was born.

In northern Europe, many other traditions that we now consider part of Christian worship were begun long before the participants had ever heard of Christ. The pagans of northern Europe celebrated their own winter solstice, known as Yule.

Yule was symbolic of the pagan Sun God, Mithras, being born, and was observed on the shortest day of the year. As the Sun God grew and matured, the days became longer and warmer. It was customary to light a candle to encourage Mithras, and the sun, to reappear next year.

Huge Yule logs were burned in honor of the sun. The word Yule itself means “wheel,” the wheel being a pagan symbol for the sun. Mistletoe was considered a sacred plant, and the custom of kissing under the mistletoe began as a fertility ritual. Hollyberries were thought to be a food of the gods. 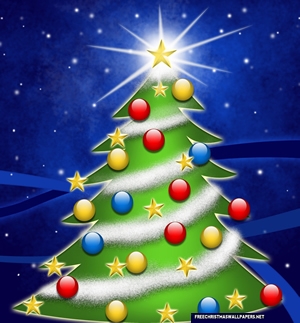 The tree is the one symbol that unites almost all the northern European winter solstices. Live evergreen trees were often brought into homes during the harsh winters as a reminder to inhabitants that soon their crops would grow again.

Evergreen boughs were sometimes carried as totems of good luck and were often present at weddings, representing fertility. The Druids used the tree as a religious symbol, holding their sacred ceremonies while surrounding and worshipping huge trees.

In 350AD, Pope Julius I declared that Christ’s birth would be celebrated on December 25. There is little doubt that he was trying to make it as painless as possible for pagan Romans (who remained a majority at that time) to convert to Christianity. The new religion went down a bit easier, knowing that their feasts would not be taken away from them.

Knowing that this practice of celebrating 25th December started long before Jesus Christ was born can make us take a good look at what the Bible says about some aspects of it in Jeremiah 10:1-5.

“Hear the word which the LORD speaks to you, O house of Israel. Thus says the LORD: Do not learn the way of the Gentiles; do not be dismayed at the signs of heaven, for the Gentiles are dismayed at them. For the customs of the peoples are futile; for one cuts a tree from the forest, the work of the hands of the workman, with the ax. They decorate it with silver and gold; they fasten it with nails and hammers so that it will not topple. They are upright, like a palm tree, and they cannot speak; they must be carried, because they cannot go by themselves. Do not be afraid of them, for they cannot do evil, nor can they do any good.”

Does that not match what we see today? God says WE are the trees He would prefer to see being alive and fruitful, not some dead trees in our houses.

“To appoint unto them that mourn in Zion, to give unto them beauty for ashes, the oil of joy for mourning, the garment of praise for the spirit of heaviness; that they might be called trees of righteousness, the planting of the Lord, that he might be glorified.” [Isaiah 61:3]

Christmas (Christ-Mass) as we know it today, most historians agree, began in Germany, though Catholics and Lutherans still disagree about which church celebrated it first. 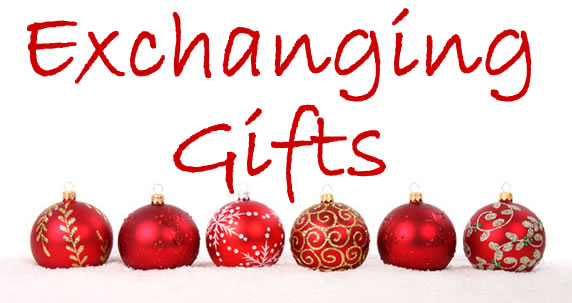 The earliest record of an evergreen being decorated in a Christian celebration was in 1521 in the Alsace region of Germany. A prominent Lutheran minister of the day cried blasphemy: “Better that they should look to the true tree of life, Christ.”

The controversy continues even today in some fundamentalist sects. So, you need to ask yourself – what am I celebrating – Christ or Christmas? God knows what exactly you are justifying by the truth you know.

So, what do you want to celebrate Christ or Christmas?”

If it is Christmas, you now know what you are truly celebrating – the son of Isis, an abominable act in God’s sight, but covered with the Name of Jesus Christ. Is that not an insult?

Pause. Think about this for a moment.

If it is Christ, then you must obey His Word: “Depart, depart, go out from there! Touch no unclean thing! Come out from it and be pure, you who carry the articles of the LORD’s house.” [Isaiah 52:11]

“And I heard another voice from heaven, saying, Come out of her, my people, that ye be not partakers of her sins, and that ye receive not of her plagues.” [Revelation 18:4]

The truth of the matter is that Christmas is a distraction from Christ. It is meant to look like Christ – “having a form of godliness, but denying the power thereof” – an anti-Christ!

So, what should you do instead? Celebrate Jesus daily in YOUR own life, by fellowshipping and celebrating with Him in your soul and how you live.

If God was in Christ Jesus, walking on the face of the earth among humanity, when do you think He would prefer to be born? Festival of Debauchery (takes place on 25th December) or Feast of Tabernacles (September/October – six months after the Jewish Passover)? And if you should pick a day to celebrate Christ, why must it be on 25th of December? 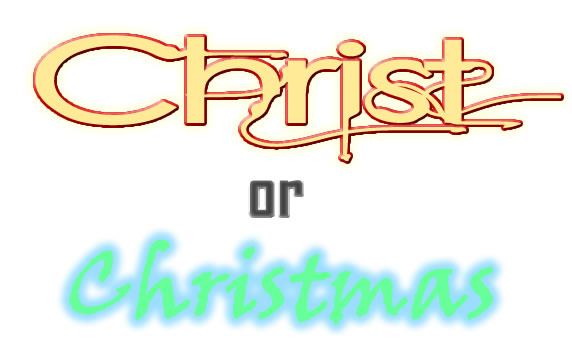 Previous Article
Parasites May Be In YOU!
Next Article
Defeat of Jezebel