If you have not already read my previous article in this series on sin, sicknesses and diseases, I implore you to please do so before continuing with this one as it will help you to better understand the points I am attempting to establish in this current article. The previous article is entitled The Serpent and The Dust (please click to read).

I would like to start this article by highlighting a few important facts. In the Western world, the Top 7 Causes of Death are:

Do you see why you really need to get a good grasp of this article?

“And the very God of peace sanctify you wholly; and I pray God your whole spirit and soul and body be preserved blameless unto the coming of our Lord Jesus Christ.” [1 Thessalonians 5:23].

The human being is composed of three parts – spirit, soul and body (Genesis 2:7). While the spirit is the gift of God to man, it is also the source of life for him. Without the spirit, it is impossible for man to live.  At creation, God made clay from the earth, which He then used to form the body. Incredibly, it has been scientifically proven that all the elements found in the earth are also present in the body.  However, when God introduced or sparked life in the body, the soul was formed.

Who Is The Man?
The soul of a man is the real personality of the man. It cannot die. To define the real you, we need to look beyond the lump of living clay,  to your soul, which is the real you. The spirit is from God and when God wants it back, He will take it and that is when it is said a man dies.  At this point the soul becomes separate from the body.

“Then shall the dust return to the earth as it was: and the spirit shall return unto God who gave it.” [Ecclesiastes 12:7]

The human body is a wonderful masterpiece in creation. However, due to the fact that it is the means by which the soul expresses itself, the body has been maltreated as if it is the culprit responsible for the evils it has been made to carry out. Yes, there is vast misunderstanding as to what the body is and what it really does.

Due to the fall of man, the soul of man became corrupt and an enormous amount of ability was lost. Man, who could move at the pace of light became tardy; man who could walk on water became ineffectively heavy like lead; man who could speak to trees, the wind, the elements, the animals and they would respond became dull. The fall was so great that he lost nine-tenth of his abilities!

The soul of man has been discovered to consist of two parts – the will and the mind. It can be  likened to an iceberg.  Like the iceberg, only a small part of the man’s soul is visible for all to see, while the remaining larger part is buried under the surface.  Amazingly, it is that larger part, the mind – that hidden part, which is the most powerful or the stronghold. It is the portion that powers the soul!

The wilful part of the soul is that part that makes inductive reasoning by gathering facts.  Once the will gets  information, for instance regarding a particular task to be carried out, it sends the information to the mind, deep in the soul.”

Now, the mind has a powerful driving force, which is the emotion. By sheer force of emotion, it makes the final decisions as to whether the data sent by the will is acceptable or not. It then sends orders back to the will and the will galvanizes the body – with its muscles, bones, blood, every cell and fibre to carry out the particular task.

All of these processes are carried out through the power of thought. The thought is like electricity, it just flows according to the extent to which it is permitted. The switches that regulate the flow of thought are formed from the anatomy and structure of the five sense organs of the human body – vision, hearing, smell, taste, and touch.

Who Gets The Blame?
Having seen where a person’s main decisions are made, is it fair to heap blame upon the five senses, which make up the body? No, it is totally unfair. If you have been punishing your body for some bad habits like adultery, lust, stealing, hate, laziness, lewdness, and such like, you need to stop it. It goes far deeper than the five senses. The body is only following the orders of a superior power – the mind – stronghold of the soul.

A millionaire businessman, Tommy Hanson (not real name), was exposed after taking advantage of his position as a City director. He started a flirtatious relationship with his assistant, Lucy Stud (not real name), which ended in an adulterous relationship over a ten-year period. Where did the whole affair start from? Did it start from his sexual organ? Of course not. It started from deep within – a desire to sleep with another man’s wife started it.

Another woman has an obese body and is bed-bound. What is to be blamed? Her five senses (body) or the soul? The desire to placate is seated deep inside the mind. Of course, the physiological ability of the  woman’s body may have been so disfigured by the soul that it yearned for junk food, thus making the obesity worse. See Super Size Me (http://en.wikipedia.org/wiki/Super_Size_Me) There are issues with the human soul that needs to be addressed.

The world defines flesh as the human body but this is completely wrong.   In reality, flesh is the lustful desires residing within the soul. Does the physical being have any role to play? Yes, it is the visible part of man, preyed upon by the mind.  It is the part of man that the soul uses to manifest it’s beastly desires.   But, in reality, it is not the culprit. The corrupt soul is the culprit. There is a connection between the spirit, soul and body.

That connection is the thought and it flows in the life of the man to make him do what he wants or chooses to do. Every man has power over his thoughts. Have you ever heard the phrase, “the spirit is willing but the flesh is weak”? The flesh there is not the physical body but the ‘commandant’ of the soul – the emotional force controlling the man.

Now how does this relate to the well-being of man? I will be discussing seven key points and by the time we finish these points, your life will never be the same again. You will never look at sin, sickness and disease as monsters that can never be conquered again.

#1. Careless Living:  Many times sicknesses and diseases start as a result of disobedience to simple hygiene. For example, a person who refuses to brush his teeth regularly will soon suffer tooth decay. What about a man who decides to inject hard drugs such as cocaine into his body to achieve a high?  That man will quickly become addicted and ultimately die. 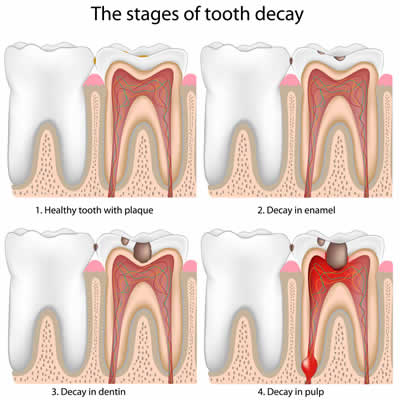 Let us use these two examples to discuss the effect the soul could have on one’s well-being – The man who refuses to brush his teeth regularly is motivated by laziness.  He just cannot be bothered to pick up his toothbrush. Before long  the combination of bacteria and food causes tooth decay.

Plaque forms on the teeth and gums and as the bacteria feed on the sugars in the food that is eaten, they make acids, which attack the teeth. Over a period of time, these acids destroy tooth enamel, eventually resulting in tooth dental caries and ultimately tooth loss.

Can we blame the teeth and gums? No. The mind made a decision not to bother with the cleaning of the teeth and the body has no choice than to abide by the commandant’s decision, even though it will eventually suffer for it.

The man who chooses to try drugs and does so by injecting substances such as cocaine into his own body will soon find out that as soon as the chemicals of the drug mixes with his blood an unusual excitement occurs.  It is the feeling of euphoria that causes his soul to “enjoy” some form of temporal pleasurable feeling.

This feeling gives the soul and body a sudden burst of pseudo invincibility. Due to the fact that this euphoria is derived from the unnatural excitement experienced by the blood cells, the body is overworked and soon gets exhausted. This results in a demand to repeat the whole process again, even though each cycle is slowly destroying the sustaining power of life in the body.

Is the body to be blamed?  Not at all.  We now know where the blame lies – the soul.  Now, it may seem reasonable to conclude that the soul of man is a terrible being but that is not entirely true. In most cases, it is actually taking its orders from an entirely different third party– devils.

Since the fall of man in the garden, he has become a weakling.  Using man’s five senses, the devil makes evil suggestions to him. The will collates and accepts the suggestions and sends them to the commandant (mind) and because the devils have an uncanny ability to operate at the frequency that the soul can be accessed, the man may accept the suggestions and hence produce the result – sin.

All it took for Eve to fall was the acceptance of a suggestion, “Hath God said…?” The rest is history!

Examine yourself today. What type of careless living are you exposing yourself to? Are you being disobedient to simple rules and regulations? For example, when driving along a highway are you going above the speed limit? Are you still pursuing another man’s wife with the belief that your sexual organ is the problem?”

Jesus said, “For from within, out of the heart of men, proceed evil thoughts, adulteries, fornications, murders, thefts, covetousness, wickedness, deceit, licentiousness, an evil eye, blasphemy, pride, foolishness: All these evil things come from within, and defile the man.” [Mark 7:21-23]

You can start your healing process right now by asking God to save and purify your soul. When your soul is cleansed from these influences, the thought processes that come into it will be clear and help the body perform and pursue healthy activities.

Next articles in this series: Exposing The Sick Body & Expelling Sicknesses & Diseases