“…. so what do you think about 1 John 5:7-8? This verse is not found in any manuscripts dating before the 15th century and appears to be added later?” – Matt Zucker.

This is NOT true and I will cite from some other writers to make my case. This is one of those citations that Islamic apologists jump upon to say “We said it, that the Bible is corrupted!”.

It was the Princeton Theological Seminary Greek scholar, B. M. Metzger, who stated that a manuscript of the entire New Testament dating from the late fifteenth or early sixteenth century… is the first Greek manuscript discovered which contains the passage relating to the Three Heavenly Witnesses (1 John 5vs7–8).

Note that phrase, “is the first Greek manuscript discovered which contains the passage” ….. it did NOT say the EARLIEST. There is a HUGE difference in that.

Scholarly speaking …. to satisfy the curious mind of Matt Zucker ….. this is your answer:

Metzger did admit later that the Johannine Comma (reference to 1 John 5:7-8) also appears in manuscripts from the twelfth century, the fourteenth century and the sixteenth century. “The oldest known citation of the Comma is in a fourth-century Latin treatise entitled Liber apologeticus.” 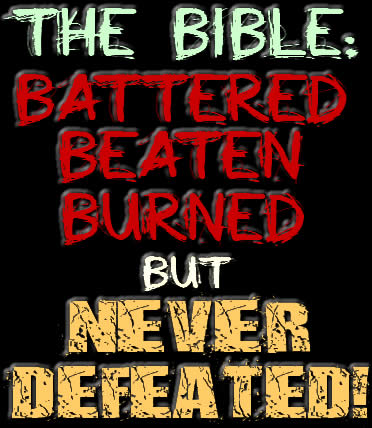 Edward Hills admits that there is not as much Greek manuscript support for this passage as there is for many other passages in the New Testament. However, there is an abundance of other ancient manuscript evidence in support of the passage.

As Hills says, “The first undisputed citations of the Johannine comma occur in the writing of two 4th-century Spanish bishops… In the 5th century the Johannine comma was quoted by several orthodox African writers to defend the doctrine of the Trinity against the gainsaying of the Vandals, who…. were fanatically attached to the Arian heresy.”

“Evidence for the early existence of the Johannine comma is found in the Latin versions and in the writings of the Latin Church Fathers.”

Among these is Cyprian (c. 250) and Cassiodorus (480–570), as well as an Old Latin manuscript of the 5th or 6th century, and in the Speculum, a treatise which contains an Old Latin text. It is also found in the great mass of the later Vulgate manuscripts and in the Clementine edition of the Vulgate.

You may go and research this further if you want:
The Spanish bishops are Priscillian and Idacius Clarus [Edward F. Hills, The King James Version Defended (Des Moines, Iowa, USA: The Christian Research Press, 1984), pp. 209–10]

Beside this argument of first or earliest, I ask, is the Scripture – 1 John 5:7-8, not correct by spiritual principles? Show me if it contradicts any other passage of the Bible. In fact, the reverse is the case, other passages of the Bible CONFIRMS that the Scripture is true. Are there other Scriptures that confirm this same belief system?

Sometimes, I feel wary of people who hold on to too much seminary and none of the Holy Spirit. Usually, such people become disillusioned and then become atheists, because they develop a lack of belief in the Bible and start thinking is my whole life a life; this is like taking a spiritual cyanide, it is a destructive belief system.

If as a Christian you can be questioning the genuineness of 1 John 5:7-8, can’t you see that you have no basis for belief in Christ? A Christian without a spiritual witness is not a Christian. Have you ever put aside what scholars are saying and checked other passages of the Bible to see if there are other Scriptures that proves similar?

To What Gain?
That Scripture is simply stating that God exists in three Persons. We need to ask a few questions before committing Scripture Text Murder.

#1. What was the intent of the addition?

#2. Do other Bible passages say the same thing as well?

#3. What does the inserter stands to gain?

#4. What is the lie or corruption that the addition may be trying to sell us?

#5. Is it not confirming what has been EXPRESSLY stated in other Books of the Bible?

You will agree with me that the purpose of that Scripture is the affirmation that God exists in three Persons, and there are literal hundreds, if not thousands of verse that say this as well. So what is the argument or debate all about? ANYTHING below this is another Gospel.

The Truth will set YOU Free

The Bible, which I represent with the King James Version (KJV), is as true as God wanted us to have His Word and spiritually PERFECT. Most of the others are just trying to make merchandise of you!

2 Peter 2:3
“And through covetousness shall they with feigned words make merchandise of you: whose judgment now of a long time lingereth not, and their damnation slumbereth not.”

Of course, some other Bible versions are aimed at modernizing the archaic English of the King James Version such as “Thee” “Thou” “Thy” “Wert” and phrases such as “fifty and two thousand and seven hundred” (Numbers 26:34). Some of these Bibles actually do a great job in this, but many of these also kill/destroy the original intent of the Scripture.

Should we go back into the Greek, Latin and Hebrew to get the full undiluted original? If you can, great, but it may also be a wasteful exercise.

The Natural and Spiritual Perspectives
It was like someone did object that “we have 400,000 variant readings across our 5,800 manuscripts”. Actually, I don’t care how many variations and so many manuscripts we may have. We have the Word of God in KJV as God intended. One question we need to ask is this:

If you want to live by the letter of the Word, then you will find human errors such as typos, observational accounts and such like in the Bible. The Bible was written over a period of at least 1,500 years by more than 40 authors who for the most part didn’t know each other personally.

For example, the Gospels were written by four different people, each in their different accounts, but we know that the Gospel of Jesus was ONE Gospel. So, looking at the Bible through such human glasses, you will never enjoy the God of the Bible like some professors of theology who are genuinely atheists. Why is this?

Paul the apostle answers it like this in 1 Corinthians 2:14 “But the natural man receiveth not the things of the Spirit of God: for they are foolishness unto him: neither can he know them, because they are spiritually discerned.”

A natural man is one who is not yet born again, it doesn’t matter if he has all the theological degrees in this world like Nicodemus, if he is not born again, he can’t understand basic things of Scripture such as defined in 1 John 5:7-8. Nit-picking the verses of the Bible and arguing it to death will make you miss out of the beauty of God’s grace. It is YOUR choice.

I will encourage you to stop running after all these stuff and take your Bible, pray and sit at the feet of the Holy Spirit to teach you the truth. While I am not saying you can’t question the authority of the Scriptures, when you STUDY you will discover the truth from other areas of the Bible.

Some people try to make a noise about pericopes in the Bible. Pericopes are usually in italics. They claim that these portions are irrelevant or were added as an afterthought. However, for argument’s sake, let us assume that it was pericope. This where the Bible stands heads and shoulders above ANY other book in the world. The Bible is a compendium of 66 books that agree together as one.

It is UNIFIED in that all the authors describe the same aspects of the essence, expectations, and revelations. What am I trying to say here? There are other places in the Bible where so-called pericopes are very explicitly expressed, confirming the areas of pericopes to be true. 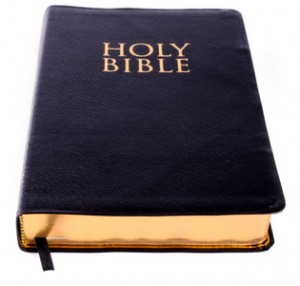 I will conclude with the words Peter the apostle, “As also in all his epistles, speaking in them of these things; in which are some things hard to be understood, which they that are unlearned and unstable wrest, as they do also the other scriptures, unto their own destruction.” [2 Peter 3:16]

He was not talking about learning in the four walls of the University, but unlearned through the lack of being taught by the Holy Spirit, thereby becoming unstable.

To Muslim Friends
And to my Muslim friends, I say you know nothing of the Bible, not even you own Qur’an which states: “And do not argue with the People of the Scripture except in a way that is best, except for those who commit injustice among them, and say, “We believe in that which has been revealed to us and revealed to you. And our God and your God is one; and we are Muslims [in submission] to Him.”” Sura 29:46 [Sahih International]

While I respect the critical opinion of the original question of Matt Zucker, however, I do question the belief system behind his criticism; people need to stop being like a curious cat. If you want proof, go and research and as you seek, you will find, but I hope your curiosity will not lead you to a place where you will have sold your eternal birthright.

Click Here: You CAN print your own King James Bible – it’s FREE!

Previous Article
Hate Belly Fat? Eat Them Out!
Next Article
The Saint Must Walk Alone